2012-03-03 09:52:40Categories: Experiments,Javascript
During the setup of my site i decided to create a custom 404 page, inspired by this nice canvas experiment made by Hakim. I wanted the bubbles to be bursted by mouse click and to integrate the representative "404" text message, which i wanted to be reactive to the mouse and wave movement. 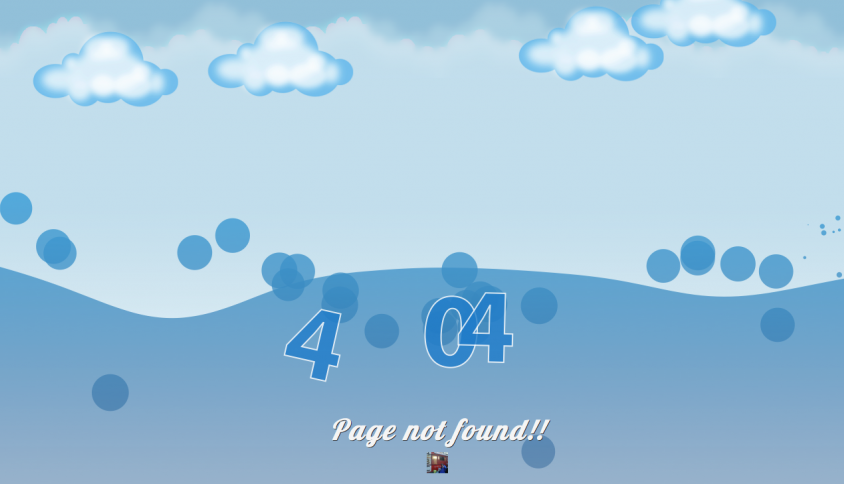 So for that reason i've rewrite the code pretty much for my own purposes, plus i wanted to integrate some searching functions into my site. For this reason i was looking for a free php searching engine. I found sphider to be well acclaimed among users and developers, so i gave it a try. I managed to setup the search engine almost instantly, however the visual appearance have to be polished a little bit.

A challenge for me was to integrate the text into the canvas considering I opted for a big bold character. I've tried the canvas native fillText function, but the text edges were very jaggy, so i decided to inject SVG code into the canvas, which looked like this: